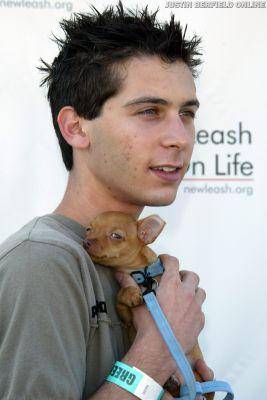 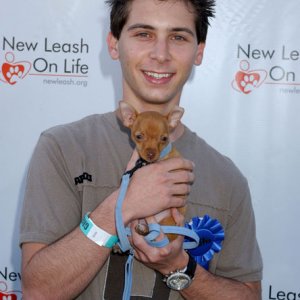 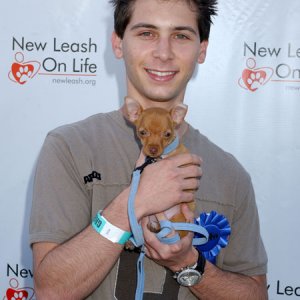 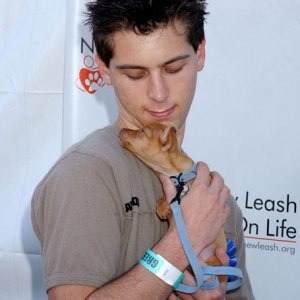 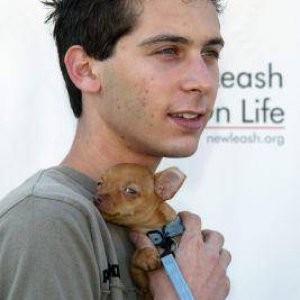 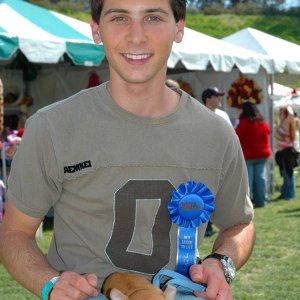 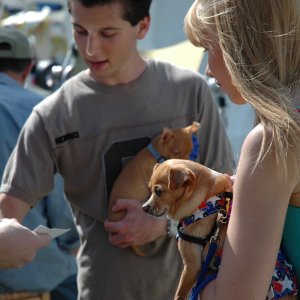 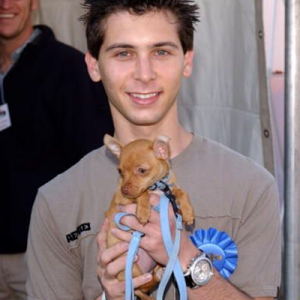 <p>Justin and his dog, Bean.</p>
<p>A celebrity-judged dog show at Pierce College, Woodland Hills, California, April 3, 2005.<br /><br />Justin is a big animal lover, especially dogs, so he's not at all outside his comfort zone here.</p>
Click to expand...
&quot;And although stars such as Jay Leno and Regis Philbin favor cats, in dog-eat-dog Hollywood, canines rule. &quot;Malcolm in the Middle&quot; actor Justin Berfield, 16, straddles both worlds: His menagerie includes three pugs, one boxer and two cats, as well as nine desert tortoises.

Smokey, a Persian cat, requires a fair amount of grooming and is more friendly and comical than Wiz, a blue-point Siamese who is pretty laid back. Berfield says cats are easy. &quot;They're not pigs; you just put out a [dispenser] that automatically drops food down,&quot; and cats are content.

His high-maintenance pet is Diva, a year-old boxer. Like many Americans, Berfield puts his pooches in doggie day care while he's at work. He says the key is to start earlier than he did with Diva. She was already 5 months old when he first left her at Beverly Oaks Pet Resort, and she was fearful at first -- but now she loves it, he says.

June 21 is Take Your Dog to Work Day, but Diva needs no official holiday to make herself at home on the set of Fox's &quot;Malcolm&quot;, where Berfield plays dim older brother Reese. She occasionally takes over his trailer, watching the news and cable's Animal Planet. &quot;She gets sad when there are animal rescues; she doesn't like to see kittens and puppies in danger,&quot; Berfield says facetiously.&quot;